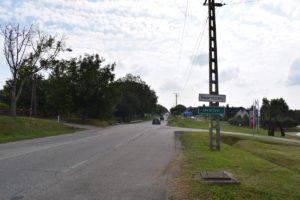 Kozármisleny is an ancient (inhabited since the bronze age) small town next to Pécs – the cultural and industrial centre of Hungary’s south trans-Danubian region. The citizens of Kozármisleny expressed their will to enhance their city’s security with an advanced video surveillance system a few years ago. The local government started an extensive search for the appropriate solution for their demands.

The first (20 cameras) part of the project was finished on 07/09/2016 with an official launching ceremony.

Demands of the town

I presume, it’s needless to say the officials of the local government was looking for a reliable, robust, future-proof system with real-time streaming and live view abilities. Over the average expectations, the following features were set as obligatory:

There were thorough consultations with the citizens, police and other first responders, local Home Guard organisation before the call for the actual tender. Finally, the solution of LDSZ Ltd was chosen, after several months of assessment of the incoming offers.

It was a challenging project for LDSZ Ltd deployment team, as I learned. First of all, they had to solve the broadband communication between the cameras and the surveillance centre. In the absence existing (free) fibre cable structure, they chose Mikrotik’s wireless solutions. Secondly, the real core of the problem was the terrain; it was full of valleys and hill ridges. It’s awesome for tourists and residents but terrible for CCTV installers. 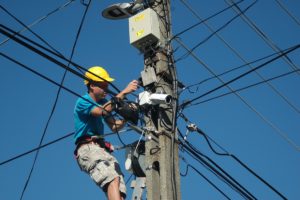 For the expectations of covering the “gates” (roads and streets in/out) of the town and the sensitive paths/areas the company installed 18 fixed tube, GRUNDIG IP CCTV cameras.

The local government set two high priority areas where CANON’s VB-R11VE speed domes (360° continuous rotation views with a 450° per second high-speed precision pan/tilt mechanism with 30x optical ZOOM) were installed. These cameras are fulfilling the demand for moving object tracking. Plus, they can be used (later) for special prevention function thanks to their scream detection feature. 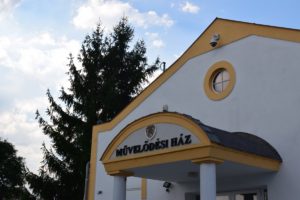 The heart of the system – CATHEXIS VMS 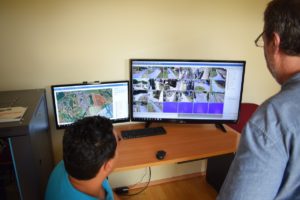 The local government asked loitering, plus moving object speed detection those can be found in the CATHEXIS’s analytics package. The loitering detection is active those parts of the town where the unwanted activity of unpleasant people is regular. The moving object’s (vehicles) speed detection is ideal for identifying crucial points of the city’s roads, where e.g. speed reducing artifacts should be deployed.

The other demand was to identify intrusions into specified areas where CATHEXIS’ intruder detection function is the perfect answer.

CATHEXIS has many services which made this project deployment easy e.g. the camera parameter cloning, but I must mention the ONVIF compatibility and the complete integration of camera vendors. Furthermore, the full analytics of the speed domes can be reached/set /use via CATHEXIS using the native CANON driver.

According to the future upgrade of the Kozármisleny CCTV project, it’s important to mention the CATHEXIS’s queue analysis and ANPR (automated number plate recognition) solutions are planned to use from next year. The queue analysis will be used to adjust the timetable of the public transport.

“The CATHEXIS support team did its best in this project. There were some streaming problems due to the Wi-Fi transmission those were solved right after they were informed,” said Mr. Tamás Szatori, Chief Engineer of LDSZ Ltd.

A system map was installed where the cameras are signed on the city map. When an alarm event occurs, the observer person can drop the view of the camera onto full-screen image with a click. The easy setup and usage are the bonuses.

“We’re pleased with the result so far.  We caught an accident just in the first active day, and our new CCTV system can ensure evidence for the police investigation. We’re looking forward the upgrade next year,” said Károly Bíró, Mayor of Kozármisleny.