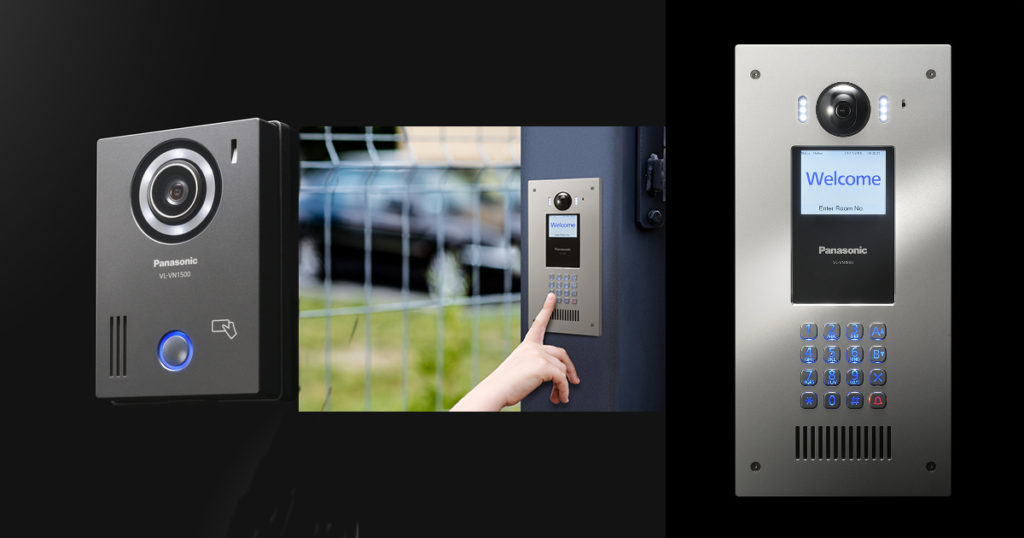 The new IP-based model the (VL-VN1900) works with a wide range of devices, including networked CCTV cameras, SIP phones and network video recorders.

Using Power over Ethernet, the system can be connected using a single cable, reducing installation complexity and cost. The system supports up to 2,000 SIP devices using standard PoE, with the addition of a control box.

“The IP-based system meets the demands of a large busy apartment building, as the system can support multiple sessions at once, unlike incumbent analogue intercom systems. For larger developments, IP is also a major improvement because it can support many more devices.”

A new room monitor is also being launched as part of the system. The VL-MN1000 is a 7-inch LCD capacitive touchscreen which connects to a Panasonic IP camera, as well as integrating with electronic locks enabling access control straight from the monitor.

The IP video intercom system also includes new door and lobby stations, with a wide angle camera and RFID reader for entry cards, supporting up to five cards per resident.

Reception mode also gives the option for incoming calls to go to reception rather than to individual residences, giving peace of mind to residents – particularly overnight.

The new IP system will be demonstrated to a select group of dealers and end users at a lunch and learn session at IFSEC 2017 at London’s ExCeL.