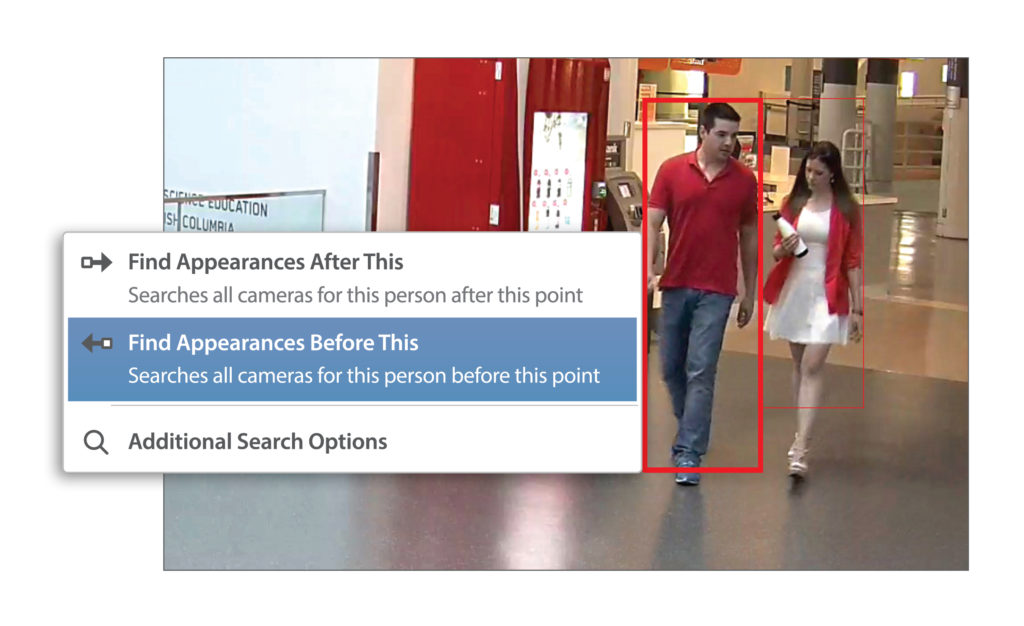 Avigilon Appearance Search, Avigilon’s newest and most advanced video analytics technology, is a sophisticated deep learning artificial intelligence (AI) search engine that sorts through hours of footage with ease, allowing users to quickly locate a specific person of interest across all cameras on an entire site. It can save time and effort during critical investigations as it intelligently analyses video data helping to track a person’s route and identify previous and last-known locations.

“Historically, video surveillance searches were done on a single camera, based on time, motion and activity,” said James Henderson, Avigilon’s Chief Sales and Marketing Officer. “But with Avigilon Appearance Search technology, users can now quickly search for all instances of a specific person across all their cameras distributed throughout a site, with the click of a button. This is designed to make searching for a person as easy as searching the internet.”

“With Avigilon Appearance Search technology users can answer the critical “where” and “what” of video searches quickly and decisively,” said Dr Mahesh Saptharishi, Avigilon’s Chief Technology Officer. “This is an exciting milestone in the development of Avigilon’s comprehensive AI and deep learning video analytics platform, as we continue to provide customers with full solutions for a broad range of video surveillance applications.”